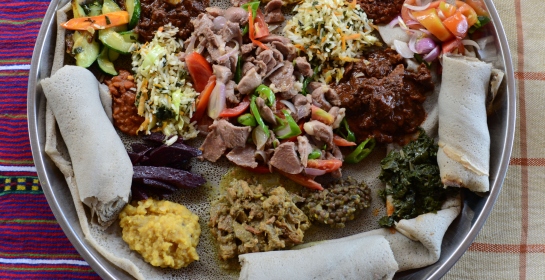 In the 2006 comedy movie “Talladega Nights: The Ballad of Ricky Bobby,” Mr. Bobby (played by Will Ferrell) and fellow race car driver Cal Naughton Jr. (John C. Reilly) argue that pizza and chimichangas are examples of cuisine originating in the United States.

“Most consumers are now familiar with North African cuisine, but some other regions are starting to trend now,” said Roger Lane, marketing manager, savory flavors at Sensient Flavors and based in Hoffman Estates, Ill. “We’ve seen a surge in the flavors of other parts of Africa, especially the eastern and southern parts of the continent, places like Ethiopia, Somalia and South Africa. The cuisine is so new. So, it’s a perfect place for exploring new flavors.”