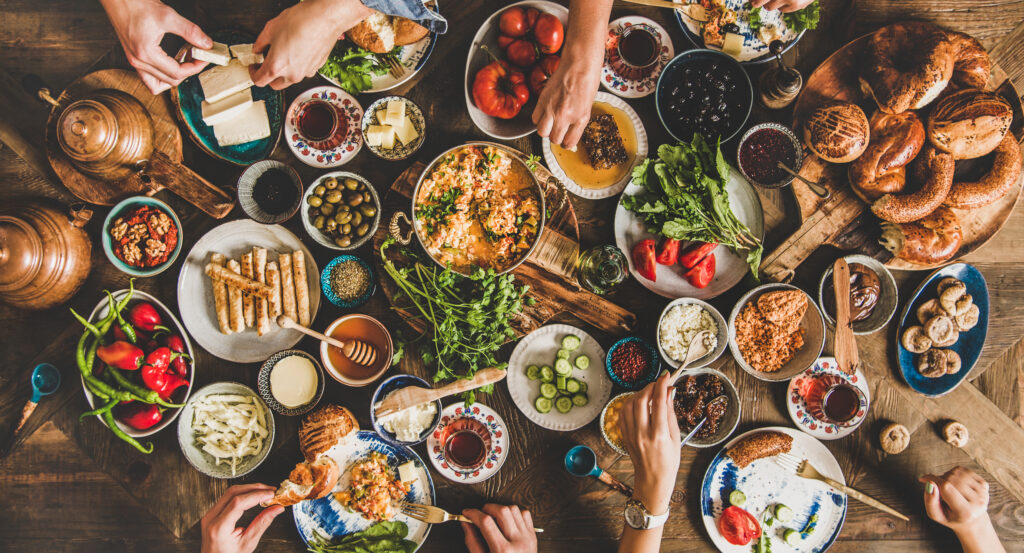 There’s nothing more fun for consumers than experimenting with different cultures’ foods and beverages. That’s why Mexican, Indian, Chinese, Korean and so many other nations’ cuisines remain popular.

Now take that a step further. What if, instead of having to choose between two particular cuisines — say, Mexican or Indian — one could blend the ingredients of one into the other? For instance, serving the bold, warm flavors of Indian butter chicken in a soft taco or chicken burrito instead of serving it with naan, the traditional Indian flatbread?

That’s the kind of pan-cultural thinking that a recent Food Business News article dove into. It’s also the kind of culinary reimagining that Sensient’s flavor technologists are doing every day. According to the article, consumers are ramping up their interest in three global favorites: Indian, Mexican and Chinese. That means now’s the time to take less familiar ingredients, dishes and beverages and present them in new, blended and unique ways, the piece suggested.

Another example? Take bold Indian spice blends and use them to season the ground meat that’s made into a burger. Or incorporate Thai, Vietnamese, Burmese and Malaysian flavors into chicken wings or other quick-bite, tapas-style presentations. Or add Middle Eastern and African spices into sauces for a multitude of uses.

Consumers’ travel has been limited for more than a year, and they are eager to get out and explore. They’ve brought the world into their kitchens with new and different foods and beverages, and every indication is that this curiosity won’t die down any time soon. Eager to see how your products can expand in bold, new directions? Let’s talk.